The British Supreme Court has just ruled, by a four-to-one majority, that a Northern Irish mother of 4 is entitled to a widowed parent’s allowance, following the death of her partner of 23 years, despite the couple being unmarried. This case is gathering some attention here in Ireland where, at present, cohabiting couples would have no such entitlement automatically.*

Siobhan McLaughlin was denied both a lump sum bereavement payment, as well as a widowed parent weekly allowance when her partner John Adams died in 2014.

Ms. McLaughlin had initially won a case in 2015 at the High Court on the grounds that refusal to pay her widow’s allowance on the grounds of her marriage status violated Human Rights Law. Despite this, the decision was overturned a year later, leading her to bring the case to the Supreme Court in Belfast. 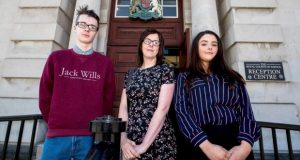 What makes this Court case particularly interesting is that it is the first case to set precedent for the rights of cohabiting couples at the highest legal level. The British Supreme Court’s ruling could suggest that cohabiting couples are entitled to the same rights as married couples with regards to inheritance tax, and entitlement to state benefits. Here are some of the points raised by the Court’s president, Lady Hale:

“The allowance exists because of the responsibilities of the deceased and the survivor towards their children. Those responsibilities are the same whether or not they are married to or in a civil partnership with one another.”

“The purpose of the allowance is to diminish the financial loss caused to families with children by the death of a parent. That loss is the same whether or not the parents are married or in a civil partnership with one another.”

The question is: might this court case open the floodgates?

In Ireland at present a non-spouse/blood relative has an inheritance tax-free threshold of just €16,250.00. Anything over this amount is taxed at 33%.

* Certain financial reliefs may be available to “qualified cohabitants” under the Civil Partnership and Certain Rights and Obligations of Cohabitants Act, 2010. [ http://www.irishstatutebook.ie/eli/2010/act/24/enacted/en/html ]