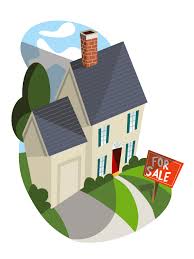 The Finance Bill 2016 proposes major changes to the current Dwelling House Exemption that applies to certain gifts or inheritances of property in Ireland.

The current situation in November 2016:

Under current law, if you are receiving a property that has been your main residence for over 3 years immediately prior to the gift or inheritance, and you are not beneficially entitled to an interest in any other property, you may qualify for the Dwelling-house Exemption. This means the entire value of the property is deducted from the amount taxable. The Exemption was introduced to protect someone living with, and caring for, an older dependant relative in the pensioner’s home; sacrificing the carer’s chance of owning their own home.

Questions have been raised in recent months about the suspected abuse of this tax relief by wealthier families in Ireland who may have more than one property. The Exemption was not limited to the family home. Now the Finance Bill has proposed changes to section 86 of the Capital Acquisitions Tax Consolidation Act 2003, currently as follows: http://www.irishstatutebook.ie/eli/2003/act/1/enacted/en/html

After the Finance Bill is enacted into law (expected to be late December 2016):

The government has certainly tightened up on the “gift” end of the CAT Exemption in the Bill. Whilst the existing s86 Exemption applied to “gifts or inheritances” causing a lot of discussion around the suspected abuse, it is now proposed that one can only claim the gift Exemption if he or she is a “dependant relative“, in which case they can take a gift of a house but be deemed to take it as an inheritance at the date of the gift. A “relative” is a lineal ancestor, lineal descendant, brother, sister, uncle, aunt, niece/nephew of the disponer or his spouse/civil partner. A “dependant relative” is defined as a person over 65 years of age, or permanently and totally incapacitated due to mental or physical infirmity from maintaining himself or herself.

A major difference of note regarding the “inheritance” end of the Exemption is that it would now only be available on the inheritance of a “relevant dwelling house” which is one that was occupied by the disponer as his or her main residence at the date of death (provision may be made where the disponer moved out due to mental or physical infirmity). This will have a huge impact on families who may have had a second property and hoped to claim this Exemption.

It seems the government has taken on board the concerns raised in recent months. One would hope that with the additional revenue generated from the tightening of this Exemption that they will raise enough resources to review the drastically low inheritance tax free thresholds for child-less disponers. Group B threshold is €32,500, Group C is €16,250.