Frustrations rise with the Government’s refusal to consider people without children when it comes to inheritance tax in this year’s Budget 2017.

The Government has promised to address the issue of inheritance tax thresholds for families across the country in Budget 2017, planned for October 11th 2016. It is predicted they will raise the inheritance tax threshold from €280,000 to at least €320,000; a huge benefit to children inheriting from their parents. Because children are the only ones to benefit from this threshold increase. 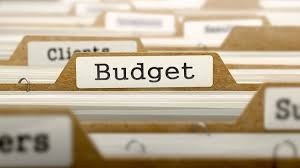 So where does that leave people who have no children, particularly property owners? They have worked hard, paid their taxes, but because they don’t have children, they are left with the worry about leaving their beneficiaries with a big inheritance tax bill. It takes the good out of leaving an inheritance.

I have had to break the news to a lot of Clients of the estimated tax bills their beneficiaries could face. Many older clients get very upset about this. They come to me with their instructions and have a specific beneficiary in mind that they want to look after. I will explain the potential inheritance tax liability and they are left completely frustrated that their beneficiaries would have to take on such a burden.

I spoke with Minister Noonan about this very issue after Budget 2016 on RTÉ Radio One when the Parent-to-Child threshold was increased from €225,000 to €280,000, but was told the Government simply didn’t have the resources. The government seem to want to focus on increasing the Parent-to-Child inheritance tax threshold and are blatantly ignoring a large section of the population.

So how do beneficiaries pay these tax bills? In a great deal of cases the beneficiaries have to put the property on the market, and use the sale proceeds to pay the inheritance tax. This is not what the donor would have wanted. Beneficiaries are given little time to pay the tax.

When do you have to pay the tax?

Whilst Minister Noonan has said they don’t have the resources to address the issue, perhaps the Government might wish to consider spreading the benefit among all categories of beneficiary, rather than focusing solely on Parent-to-Child, the only category that got an increased threshold in last year’s Budget.