I have been lucky enough to have been mentioned a few times on national radio station Today FM recently, and thought I’d put up the podcasts for those of you who might be interested (they are only short ones, I promise!) 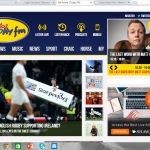 On Sunday 4th October, I am thrilled to tell you I won a prize of €7,500 for an advertising campaign in the New Year with Today FM, though their Sunday Business Show.

This prize was the result of a Breakfast Seminar I attended in September at Dublin City Hall, hosted by Today FM and Dublin City Council, aimed at start-up entrepreneurs. It was a fabulous morning. The speakers included investor Bill Liao, the “Positive Economist” Susan Hayes and “Tweeting Goddess” Samantha Kelly, as well as the host of the Sunday Business Show, Conall Ó Moráin. During the morning, the attendees were given an oppotunity to pitch, not for their own business, but for someone else attending the seminar. I was lucky enough to be “pitched” by Sandra Dunne of www.customercentral.ie and you can listen to it here:

The chief executive of Today FM Peter McPartlin was there on the day, and announced at the end of the seminar that he would offer a €7,500 advertising campaign to one lucky business attending the event. It proved a very fruitful morning for me!

On a funnier note, I attended this year’s National Ploughing Championships in Ratheniska, County Laois for the three days from September 22nd to 24th, 2015. It was an experience! Around half-way through the first day, I noticed a few people laughing at my stand sign overhead (see photo below). It certainly opened up some conversation with passers-by who might ordinarily run from a Wills stand! I got a mention on the Dermot & Dave Show on Today FM – have a listen to the first twenty seconds of the following podcast: 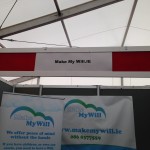 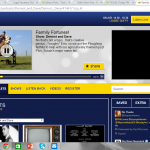