Prince did not make a Will 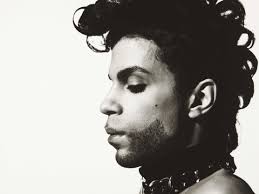 Shocked to hear Prince did not make a Will

Last week we learned of another musical icon’s life taken too early – 2016 seems to be the year for it. Prince’s body was found at his Minnesota home on April 21st, aged just 57 years old. His cause of death hasn’t yet been released.

What is even more shocking is that Prince does not appear to have made a Will.

His Estate is thought to be worth somewhere between $300-$500 million dollars. He had a large property portfolio in Minnesota, most of it undeveloped land and some houses for relatives, worth about $27 million, according to public records. He also sold more than 100 million albums, and concert industry magazine Pollstar reported that in the years Prince’s tours topped the charts — 10 years over four decades performing — they took in $225 million in ticket sales. “The Very Best of Prince,” his 2001 greatest hits album, and “Purple Rain,” his 1984 masterpiece, registered on this week’s Billboard 200 album charts at the No. 1 and 2 spots, respectively. But it’s not clear yet exactly how much money Prince had when he died.

A corporate trust company, Bremer Trust, has been appointed to oversee the Estate, allowing them to manage and supervise Prince’s assets while the courts determine who the rightful heirs are.

Because Prince died “intestate” (without a Will), Succession Laws determine who is entitled to his Estate. He died without a spouse or children or parents, so it seems to fall to his siblings; his sister Tyka Nelson and five half-siblings are thought to be the heirs to his Estate. Who is to say that these are the beneficiaries Prince would have wanted to inherit his fortune? Without property tax-planning in place the heirs are likely to face huge inheritance tax bills. This mess could easily have been avoided had Prince made a Will. He would have had teams of lawyers, business managers and accountants over the years who would have advised him that making a Will was crucial – so why did he put it off?

Unfortunately there are many like him (okay, maybe not as well off!) that keep procrastinating. Nearly three out of four Irish adults don’t have a Will. With MakeMyWill Solicitors we guarantee a professional, friendly and hassle-free way to tick this off your To-Do List – contact Susan today and make y/our Will.